The band were invited to lead the Royal British Legion parade at Silvertown London. A march from the RBL rooms to the Brick Lane Music Hall where the memorial resides. up around the end of the city of london airport over the cross rail line and back down...  200m as the crow flies but 3kms by road. 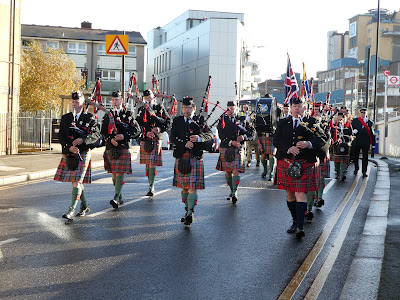 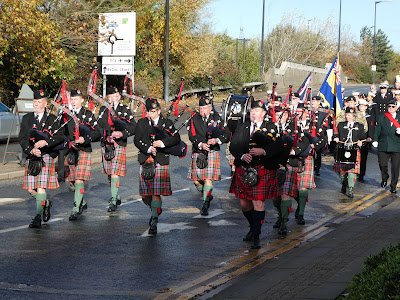 There was a good turn out by all concerned, and after the service we went into the brick lane music hall, for tea and cakes.
A shorter march back for the finish. 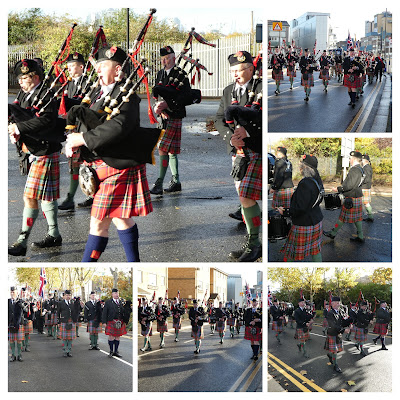